A couple travelling on a budget & getting lost

Our Caribbean adventure has started! In two weeks we did about 1219 kilometers on the island, visited 5 different regions and took 1959 photographs. There probably would have been more photos but my Fuji decided to crap out on me half way through the holiday so we had to depend on our phones; well on the husband’s phone as my one kept overheating (FYI, it died about 2 weeks after coming back to England).

We travelled mostly by their regional tourist bus Viazul and met amazing people on the road, both locals and tourists. The two weeks were not enough. The furthest down south we managed to get was Trinidad and we had to skip Santa Clara in order not to rush through the rest of the destinations.

I did not sleep on the bus rides at all, I did not want to miss one second of the vibrant landscape of the island, of the plains surrounded by hills and speckled with palm trees and other “exotic” plants. The animals, the small houses, the people waiting on the bus stops or just resting in the shade before they continue with their day’s work.

Yes, the houses were tiny and mostly falling apart, but there is something beautiful in seeing people socialise with their neighbours over a game of dominoes in the shade of a big palm tree full of ripening bananas in the garden. It reminded me of old people in Dalmatia, sitting in front of their small stone houses with their neighbours with a glass of bevanda (red wine mixed with water) watching the world go by and enjoying the day. 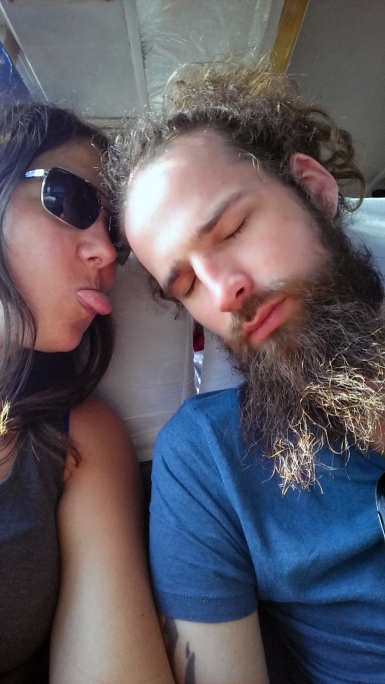 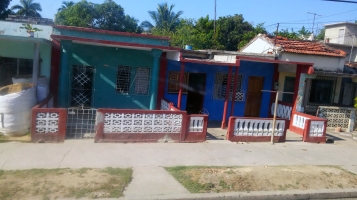 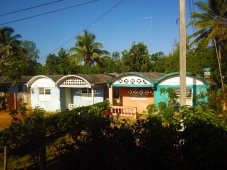 I once told my American friend who moved to Croatia for a year as an exchange student that my dream trip is to Cuba. She looked at me with disbelief and asked why in the world would I want to go there. It has been my dream to go to this Caribbean island since high school. Why? I think I genuinely wanted to go see the country so close to the USA yet still resisting capitalism and consumer driven way of life.

But the country is so much more than just politics and opposing America “in their own back yard”. It’s the Cuban people and their way of life, making the best of what you have. And it’s the untouched nature that makes the island so inviting.

Did you know that Cuba has a vast array of endemic species? There are 100 types of palm trees growing on the island, half of which are endemic to the area. The national tree of Cuba is the Royal Palm Tree (Roystonea regia). You can see many of these plants and others in the botanical garden in Havana, Jardin Botanico Nacional. Unfortunately, we had to give it a miss due to the lack of time.

Cuba is also the home of the smallest bird in the world, the Bee Hummingbird. The island is swarming with life in every corner. We went scuba diving around Cienfuegos; it was only a small reef but we still saw so many different types of fish and corals that we did not need to find any bigger, more famous ones to explore, for amateurs this was more than enough.

I already expressed my love for having tropical food for breakfast and if you’re like me and are coming from colder lands where mangos are expensive and quite small, you will LOVE typical breakfast you get in casas particulares. Imagine fresh pineapple, papaya, watermelon and mango on a plate in the morning along with their coffee, which is absolutely mouth watering, and some eggs with cheese. All the casas serve almost the same breakfast, but it is so good, we did not get sick of eating it for 14 days straight.

And mangos? They are like weed, they grow everywhere and are the size of a child’s head. The rest of the meals are usually seafood or meat with rice and beans and it is perfectly fine, but might be a bit disappointing for big foodies.

Whenever I see inspirational quotes online (they do kinda annoy me tbf) advising to go where the rum is strong and WiFi is weak, Cuba is the first country that pops in my head. There is no point mentioning that the rum is excellent which ever way you drink it, neat, in a cocktail or just mixed with lemonade because you have a terrible cold from the damn air con on the bus. Give me dark rum and a cigar* and I am automatically on holiday, even if I am sitting in the small garden at the back of my building back in Old Blighty.

And when you have sun, sea, good rum and good company, you do not miss the fact that WiFi is almost non-existent. Yes, there are several hotspots around bigger towns, you can easily locate them by seeing big groups of people randomly standing in the same area and looking at their phones. However, unless it’s a real big urgency, don’t bother; I have a feeling a homing pigeon would be faster in delivering information needed and let’s face it, you’d only get annoyed with some stupid article or other people’s racism/narrowmindedness/”insert whatever annoys you online”. Just take a deep breath, turn your phone off, and enjoy the splendour Cuba has to offer. Carpe diem baby

*I have to mention here I am not a smoker, but good Cuban cigars are worth every praise given to them in the last decades

This site uses Akismet to reduce spam. Learn how your comment data is processed.